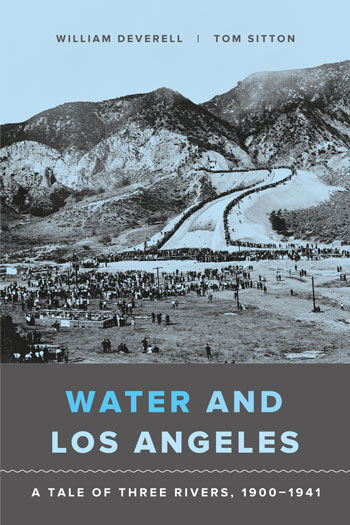 Affiliation: University of California, US

Los Angeles rose to significance in the first half of the twentieth century by way of its complex relationship to three rivers: the Los Angeles, the Owens, and the Colorado. The remarkable urban and suburban trajectory of southern California since then cannot be fully understood without reference to the ways in which each of these three river systems came to be connected to the future of the metropolitan region. This history of growth must be understood in full consideration of all three rivers and the challenges and opportunities they presented to those who would come to make Los Angeles a global power. Full of primary sources and original documents, Water and Los Angeles will be of interest to both students of Los Angeles and general readers interested in the origins of the city.

“Energized by a conviction of geography as destiny, this innovative docudrama of primary sources reveals the process whereby the Colorado River system propelled the urbanization of the American West. Water and Los Angeles constitutes a breakthrough fusion of environmental, engineering, urban, and political perspectives.” KEVIN STARR, University of Southern California

“This book offers an accessible, readable account of the importance of rivers to the development of modern Los Angeles.” SARAH SCHRANK, Professor of History, California State University, Long Beach

“Through a history of Los Angeles and the three rivers that helped to create it, this volume crosses several areas of scholarship to create an original and valuable contribution to research and teaching.” NICOLAS G. ROSENTHAL, author of Reimagining Indian Country: Native American Migration and Identity in Twentieth-Century Los Angeles

WILLIAM DEVERELL is Professor of History at the University of California and Director of the Huntington-USC Institute on California and the West. TOM SITTON is a curator emeritus of history from the Natural History Museum of Los Angeles County. Together, they are authors of California Progressive Revisited and Metropolis in the Making.