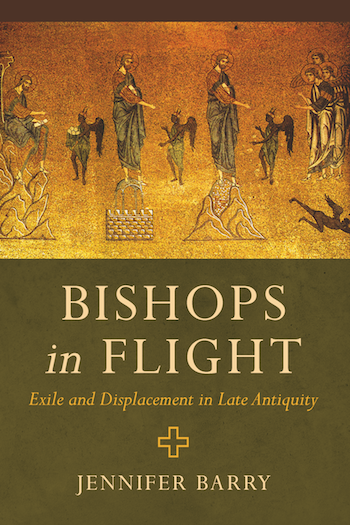 To Rehabilitate and Return a Bishop in Flight

In this chapter, I show how two ancient biographers, the so-called Ps.-Martyrius and Palladius of Helenopolis, offer significantly altered versions of the events leading up to and during John’s exile from Constantinople. His defenders did not invoke their hero’s final vision of a universalized exile but instead drew their readers back to the space he was first exiled. They made Constantinople once again a central focus for the promotion and restoration of John’s afterlife, much as Gregory of Nazianzus did with Athanasius’s legacy. According to John’s biographers, it is clear that the reasons for his exile were tied directly to his status as a symbol of Christian truth in a theologically infused space. For Ps.-Martyrius and Palladius, what was at stake in how they told the story was not just John’s legacy but the legacy of Constantinople and its orthodoxy. And it is their version of the events that influenced how later pro-Nicene authors would remember John and his two exiles.