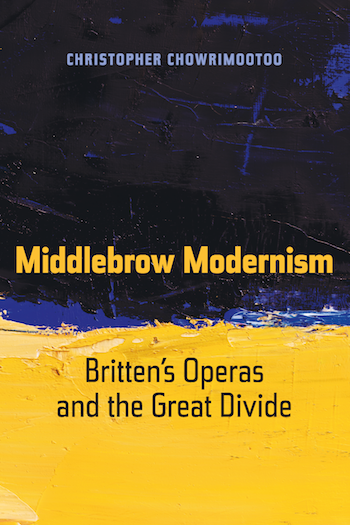 Death in Venice and the Aesthetics of Sublimation

The sixth chapter considers the ways in which Death in Venice (1973) responded to the fraught discourse surrounding opera in the twentieth century. If the genre threatened to fall on the wrong side of aesthetic oppositions, early critics translated this opera’s musical and visual spectacle into rarefied terms. After identifying an “aesthetic of sublimation” in contemporaneous criticism, this chapter explores how Britten’s operatic swansong resists the suppressions that it incites. Drawing on Adorno’s anti-operatic diatribe from 1955, Death in Venice is cast as a “bourgeois opera,” an operatic version of the middlebrow. In staging and confounding oppositions at the heart of anti-operatic discourse, this chapter illustrates the ways in which composers, directors, critics and audiences overcame twentieth-century opera’s supposedly terminal illness.