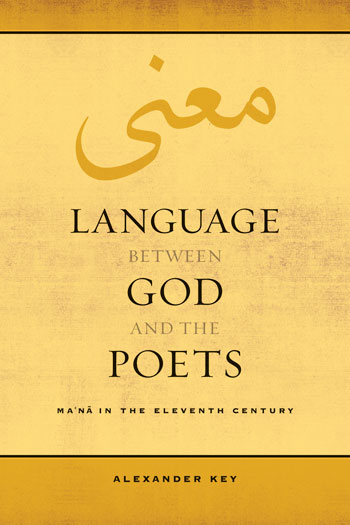 Chapter from the book: Key, A. 2018. Language between God and the Poets: Maʿnā in the Eleventh Century.

This chapter takes on Aristotelian logic in the person of Ibn Sīnā (Avicenna). It starts with a review of his Arabic philosophical project and its place in the philosophical continuum from ancient Greece to Latin Europe. It then shows how the Arabic core conceptual vocabulary based around maʿnā enabled Ibn Sīnā to construct an Arabic logic with universal potential. This enabled him to interact with other Arabic and Islamic disciplines, to advance two theories that would be hugely influential in Europe (triplex status naturae and pros hen) and to develop his own account of what logic was: conception (taṣawwur) and assent (taṣḍīq).