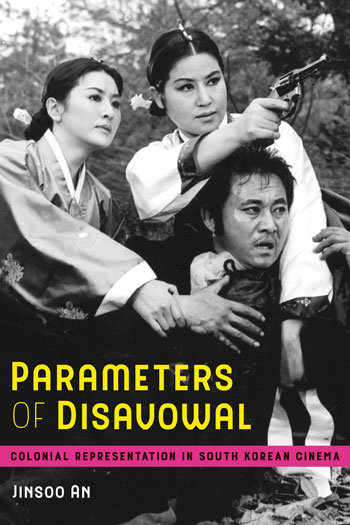 The Manchurian Action Film: A New Anticolonial Imaginary in the Cold War Context

Chapter 3 considers the shifting logic of the anti-colonial struggle in the 1960s through an analysis of the Manchurian action film. On the most superficial level, the advent of the Manchurian action film marked an effort to stage a straightforward form of anti-colonial nationalism under the guise of an adventure narrative. Yet excessive moments of loss undermine the efficacy of such a nationalist endeavor. The second part of the chapter then interrogates the persistent theme of political economy that dominates the adventure narrative, namely the pursuit of war funds. Thus, the Manchurian action film is a unique version of the war narrative movie in which the capitalist logic of primitive accumulation, state authority formation, and structuring of desire all coalesce.

An, J. 2018. The Manchurian Action Film: A New Anticolonial Imaginary in the Cold War Context. In: An, J, Parameters of Disavowal. California: University of California Press. DOI: https://doi.org/10.1525/luminos.51.d