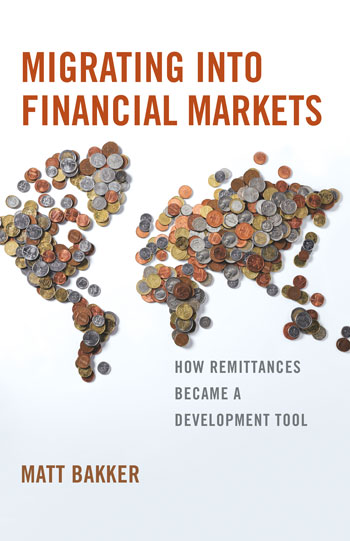 From Promise to Practice

Chapter from the book: Bakker, M. 2015. Migrating into Financial Markets: How Remittances Became a Development Tool.

This chapter focuses on a particular program that has promoted financial democracy among migrants and remittance recipients in North America. The chapter analyzes the work carried out by Mexican and U.S. government officials collaborating in the design, implementation, and promotion of a low-cost remittance transfer service marketed under the brand name “Directo a México.” With this product, government agencies aimed to both reduce the costs of remittance transfers and expand access to financial services for migrants in the U.S. and remittance recipients in Mexico. The chapter illustrates the significant work required of government officials attempting to turn the promise of remittances-to-development into a reality, and it examines some of the reasons that help explain why these efforts have, until now, met with little success.