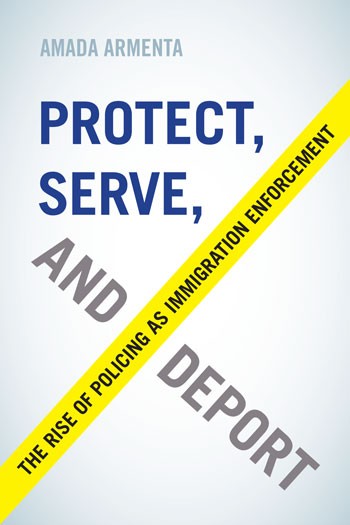 The introduction opens with the story of Juan, an undocumented resident, who was arrested three times by Tennessee police for driving without a license. The first two times he bailed out of jail and paid fines, but the third time the Sheriff’s department illegally detained him for over three months on an immigration hold. I describe how immigration enforcement strategies in the U.S. have shifted: arrests increasingly put immigrants at risk of entering the deportation system and local law enforcement agents play a role in funneling immigrants to federal authorities. I explain the role of federal and state laws in criminalizing Latino immigrants and making them “illegal” and explain the book’s approach to study immigration enforcement “from the bottom.” The introduction ends with a chapter outline.