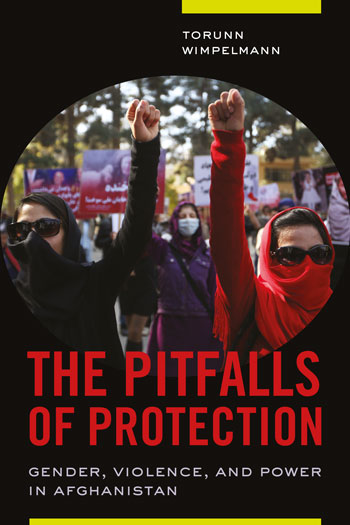 Introduction: The Politics of Violence against Women

The introductory chapter presents the focus of the book and sketches its analytical framework. It explains what was potentially at stake as criminal accountability for violence against women became a central focus for local and donor driven women’s rights activism in post- 2001 Afghanistan. The chapter illustrates that whether and how central authorities should intervene in gender violence were hotly contested questions with great implications for women’s lives and gender relations more broadly in Afghanistan. The chapter further argues that these questions contained other stakes too; where to draw boundaries between private and public domains, whose notions of justice, rights and obligations should prevail, and ultimately, who could claim supreme political power in the country.

Wimpelmann, T. 2017. Introduction: The Politics of Violence against Women. In: Wimpelmann, T, The Pitfalls of Protection. California: University of California Press. DOI: https://doi.org/10.1525/luminos.32.a