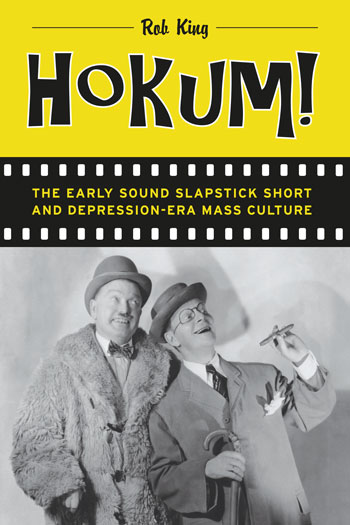 For the fourth chapter, the focus shifts to the Hal Roach Studios and the distinctive role that music played in negotiating Roach’s passage through the upheavals of the early sound era. New corporate relations with the Victor Talking Machine Co. brought to Roach talented musical personnel who innovated jazzy, wall-to-wall scoring practices that both predated and significantly differed from the “classical” Hollywood score (as associated with, e.g., Max Steiner). As such, the chapter brings to light an overlooked trajectory in film scoring practice, one governed less by the classical unities of feature filmmaking than by issues of comedic pacing and tempo. The chapter also considers how the studio’s musical innovations took a starkly different turn a few years later, when Roach’s efforts to leverage his company toward feature-length productions resulted in a spate of Viennese-style operettas starring Laurel and Hardy. In embracing operetta as a format, Roach’s filmmakers contributed to the social ageing of slapstick by consigning its star clowns to what Susan Stewart theorizes as the “infinite time” of fairy tale.