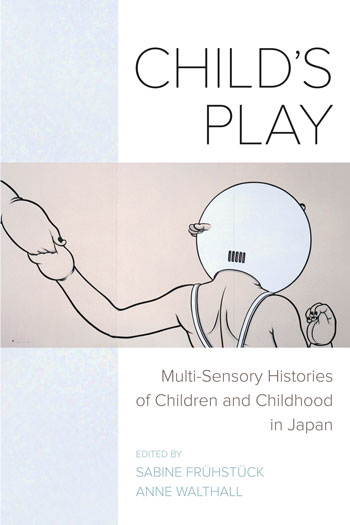 Reversing the Gaze: The Construction of “Adulthood” in the Wartime Diaries of Japanese Children and Youth

Analyzing the concept of childhood should require a simultaneous investigation of adulthood, particularly from children’s point of view. Since World War II disrupted normal chains of command between parents, teachers, and children, it left behind much evidence for these views. Using wartime diaries, the author of this chapter, Aaron Moore, shows how descriptions of and relationships with adult authority figures differed depending on whether the writer was a child or a teenager expected to enter the work force. Children enjoyed interacting with soldiers, especially when food was involved. Most teenagers willingly participated in the war effort, but they also had enough perspective to criticize adults who failed to live up to their ideals and to see family not as merely a necessary source of security but as an object of love. Insofar as teenagers’ relations with their peers took precedence, adults remained peripheral to their lives, and the ephemeral nature of adult authority helps explain the potential for radical historical change from one generation to the next, from militarism to democracy.

Moore, A. 2017. Reversing the Gaze: The Construction of “Adulthood” in the Wartime Diaries of Japanese Children and Youth. In: Frühstück S. & Walthall A (eds.), Child’s Play. California: University of California Press. DOI: https://doi.org/10.1525/luminos.40.h