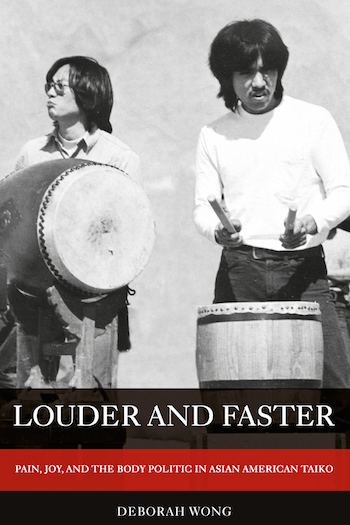 This chapter addresses the venues and contexts in which the Taiko Center of Los Angeles (TCLA) performed in the early 2000s, focused on two emblematic events. Participation in the Manzanar Pilgrimage in 2003 is described in detail as an ideal setting, with attention to the Japanese American redress and reparations movement and the importance of reclaiming history as an act of self-determination. In contrast, the TCLA also performed in events that relied on orientalist premises and/or multicultural ideologies of ethnic minority spectacle. A close ethnographic look at the TCLA’s performance in the 2002 Dragon Boat races in Laughlin, Nevada addresses how their taiko playing was framed as Asian exoticism. TCLA musicians’ bifocal consciousness of heritage, self-determination, and racist play is addressed through interviews.