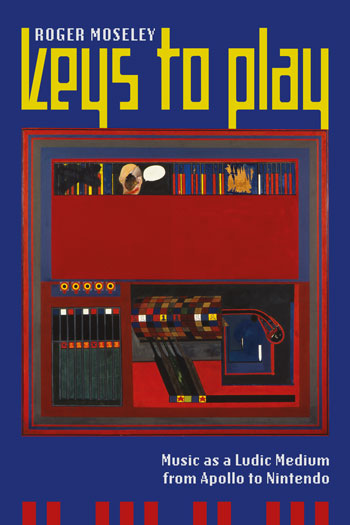 Music as a Ludic Medium from Apollo to Nintendo

How do keyboards make music playable? Drawing on theories of media, systems, and cultural techniques, Keys to Play spans Greek myth and contemporary Japanese digital games to chart a genealogy of musical play and its animation via improvisation, performance, and recreation. As a paradigmatic digital interface, the keyboard forms a field of play on which the book’s diverse objects of inquiry—from clavichords to PCs and eighteenth-century musical dice games to the latest rhythm-action titles—enter into analogical relations. Remapping the keyboard’s topography by way of Mozart and Super Mario, who head an expansive cast of historical and virtual actors, Keys to Play invites readers to unlock ludic dimensions of music that are at once old and new.

“Keys to Play is full of novel ideas, provocative observations, and brilliant aperçus. Whether our interests lie in audiovisual media, aesthetics, performance, improvisation, compositional technique, notation, theory, or historiography, Moseley shows us how much the field at large has to gain from taking play seriously. In a word: stunning.” ALEXANDER REHDING, Harvard University

“Moseley’s game-changing book puts a new and versatile set of tools at our disposal. Wonderfully allusive and erudite, Keys to Play will open new horizons for music scholars of all kinds.” ELISABETH LE GUIN, University of California, Los Angeles

“A dazzling and daring book: an intellectual symphony, a virtuosic boss run, a vigorous expedition in media-musical archaeology, and an exquisite love letter to the vitality of interdisciplinary play.” WILLIAM CHENG, author of Sound Play: Video Games and the Musical Imagination

“Keys to Play offers a new approach to central episodes in the narrative of European art music refracted through histories of the keyboard, digital games, and improvisation. It is at once provocative, bracing and, yes, profoundly playful.” BENJAMIN WALTON, University of Cambridge

Keys to Play won the 2017 Otto Kinkeldey Award from the American Musicological Society.

ROGER MOSELEY is Assistant Professor of Music at Cornell University.